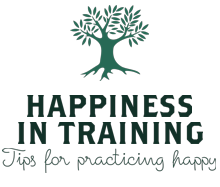 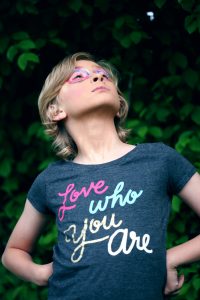 How to Crush Your Limiting Beliefs and Reach Your True Potential

3 Simple Steps and a Daily Practice

January, I began working with a transformational eating coach (yes, that’s a real thing and it’s been…dare I say transformational!). One of the first things she asked me to do was to write down all my beliefs about myself. Anything at all that I believed was true about me. Sounded easy enough.

I believe I can’t lose weight.

I believe I’m not smart.

I believe I am a slow learner.

I believe I’m not pretty enough.

I believe my lack of confidence holds me back from reaching my full potential.

I believe it is easier to love myself when I am happy with the way my body looks.

The list continued on in this fashion for quite a while. I had created a laundry list of limiting beliefs that I wholeheartedly felt were declarative statements of fact.

It was fascinating to watch the mind latch on to the limiting beliefs as if they’re written in stone. They are pervasive. I felt as though they were part of me, or more accurately, that they owned me. They are the root of so much suffering. They are the obstacles holding me back. They are the hurdles too big to jump.

Yet they are a construction of the mind. They are not the truth.

When limiting beliefs hold you back from the things you want to do, it feels stifling. It feels oppressive. There are parts of you that want to be expressed yet they are being held back.

Often, they cause procrastination. You think, “I’m not good enough, so why bother trying?” You put off what you want to do until the last minute and then use the excuse that you were too rushed to really do it properly.

Perfect becomes the enemy of good.

These are the limiting belief scripts running rampant in your head.

But do you have to believe them? Are they even logical?

Why would we ever think that the first time we do something we have to do it perfect? Why would we even expect to do it well? When we tried to walk for the first time, we fell down…a lot. But we didn’t say, “F@*# it! I suck at this. I’ll stick to crawling.” We were humble enough to suck at it until we got better.

After writing down my list of limiting beliefs, my next assignment was to reframe them so they were no longer limiting.

Huh? What do you mean? It’s truth. What I’m speaking is truth.

My coach helped me out by reframing the limiting belief: I can’t lose weight.

“I believe the weight will come off when my body is ready to release it.”

I liked the sound of it, but there was a part of me that thought it was a little hokey and didn’t really believe it would change anything. Still, I wanted to do the work and be a good student so I set out to reframe the rest of my list.

“I believe I’m not smart.” How do I reframe that?

Umm…..well….hmmm…..this is harder than I thought.

I believe sometimes I’m not smart? Hmm….not quite.

Okay, how about this?

“I can feel intimidated by intelligence, but I’m willing to learn and exercise my brain in any way I can.

That sounds pretty good! How about another one?

“In the right environment and conditions, I am talkative and friendly.”

“I believe I’m a slow learner”

“When I put my mind to it and practice patience and self-compassion, I can learn anything I want.”

This is kind of fun.

The more I practiced it the easier it got. And the more I saw that these reframes really made a difference in the way my brain was thinking about these things. It felt liberating to free myself from these self-imposed limits that were holding me back.

Of course, I’m not saying that from that moment on, the ingrained beliefs that formed when I was younger had magically transformed into less destructive thoughts instantly. These beliefs have been the catalyst for many patterns, behaviors, and habits that have accumulated over the years to bring me to where I am today. This reframing exercise is just the tip of the iceberg in learning to recognize and release these habits in a constructive and productive way.

Once you reframe your limiting beliefs into an idea that isn’t limiting, it’s important to review and repeat these new beliefs over and over. The exercise itself brings awareness to the thoughts, so it will be easier to notice how often you are thinking about these limiting beliefs. When you notice them coming up, repeat the new reframed idea in your head. You may need to print them out or save them on your phone somewhere for a quick review.

I created an Evernote chart with mine in it. Every day I look at them and remind myself what the new reframing is so I can start to create new patterns and scripts in my head.

This repetition is key because of the scientific theory called Hebb’s Rule. This states that.

“when the axon of a cell A is close enough to excite a B cell and takes part on its activation in a repetitive and persistent way, some type of growth process or metabolic change takes place in one or both cells, so that increases the efficiency of cell A in the activation of B “.

The more well-known and simplified version of this rule is this:

This means that the more you reinforce those new scripts, the faster they appear next time and the stronger they become. This is brilliant news! Those old limiting beliefs don’t have to rule your life. You have the power to change them with a little practice each day. The trick is remembering to practice.

There are dozens of ways to work with limiting beliefs. Reframing is an effective way to break the old patterns and get your brain on a new path that is no longer holding you back.

Photo by Honza Emler on Unsplash

I like to use the analogy of snowboarding (or skiing) down a mountain. It’s easy to follow the path that is already carved well and the board just slides into the grooves without much effort. But it keeps leading you down the same path and you’re not getting where you want to go. This is analogous to the limiting beliefs holding you back.

When you get back on the mountain, it may take some extra work to carve a new path but it will lead you in a new direction and get you to a better place. Once you carve the path, the next time will be easier.

This is how the reframing of limiting beliefs works. It will begin to carve the new path, but it doesn’t eliminate the old paths. So when you aren’t paying attention, you might easily slip back onto that old path because that path is deeper and smoother. It will take attention, awareness, and patience to build up the new path until it becomes deeper and smoother than the old one.

Here’s a few ways to practice and train yourself to remember to build and enforce the new path:

1. Create your own chart of reframed beliefs and set aside a time each day to review them. It doesn’t take long. Just a few minutes in the morning before you start the day, or review them at the end of the day before you go to bed. It doesn’t matter when you do it, it only matters that you do it. The more often you do it, the deeper you carve that path. This is key to rewiring those neurons.

2. Meditate and watch how often the limiting belief scripts come up in the mind. Practice seeing them come up and watching them pass by if you don’t attach to them. One way to do this is to focus on your breath, and when you notice you get caught up in an old script like “I’m not good enough” or “this is a waste of time”, turn your attention back to the breath. This simple process is carving the new path in real-time. You notice that you’ve veered off the trail (awareness of breath is gone) and you’re back on the old trail (caught in the limiting beliefs). Now that you’re aware (the moment you realized you lost the breath), you intentionally turn your attention back to the new trail (your breath) and begin again. With time, you will get quicker at noticing. You can also add in a new script like “I am enough” or “I am doing the best I can”. This will further reinforce those beliefs.

3. Take small actions to reinforce the new scripts. Once you loosen up the grip of those limiting beliefs you will start to have more confidence in who you are and your abilities to achieve your goals. Use that confidence to begin some positive habits that move you toward your goals. Depending on your goals, these habits could take many forms. Maybe it’s prioritizing sleep if you lack energy. Maybe it’s eating more vegetables if your diet needs improvement. Maybe it’s working with a career coach if you are looking to advance your career. Whatever it is, start small and be patient with yourself. These new habits will become the evidence you need to prove to yourself that the old limiting beliefs are NOT true. They are simply old paths that are no longer serving you.

⟹ ⟹ Limiting beliefs are commonplace. We all have them. They likely were created as a way to protect us from hurt or rejection. They are also insidious and hard to detect. So be patient and compassionate with yourself. Remember these steps:

⟹ ⟹ Reframe these statements when you notice them. Keep a chart of the common ones to reflect upon and review each day.

Expert advice and in-depth features for a healthy life

Getting outdoors should not be a difficult task

Contrary to popular belief, Lorem Ipsum is not simply random text. It has roots in a piece of classical Latin literature from 45

The 3 fundamental steps that every beginner must learn before they can call themselves a student of yoga. Let’s master them together.

Are you a busy mum that finds yourself missing classes regularly? 8 steps to successfully building yoga and fitness into youur working day.

The 3 fundamental steps that every beginner must learn before they can call themselves a student of yoga. Let’s master them together.

Lorem Ipsum is dummy text of the printing and typesetting industry. Lorem Ipsum has been the industry’s standard dummy text ever since the 1500s, when an unknown printer took a galley of type and scrambled it to make a type specimen book. It was popularised in the 1960s with the release of Letraset sheets containing Lorem Ipsum passages, and more recently with desktop publishing software like Aldus PageMaker including versions.

Lorem Ipsum is dummy text of the printing and typesetting industry. Lorem Ipsum has been the industry’s standard dummy text ever since the 1500s, when an unknown printer took a galley of type and scrambled it to make a type specimen book. It was popularised in the 1960s with the release of Letraset sheets containing Lorem Ipsum passages, and more recently with desktop publishing software like Aldus PageMaker including versions.

Anonymous • Quote of the Day

“Happiness cannot be traveled to, owned, earned, worn or consumed. Happiness is the spiritual experience of living every minute with love, grace, and gratitude.”

Anonymous • Quote of the Day
Go to Top